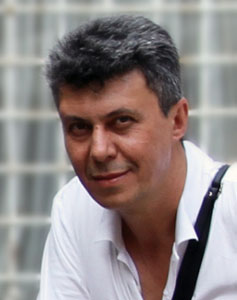 Michael Cheval was born in 1966 in Kotelnikovo, a small town in southern Russia.  He grew up among paints and brushes, canvases and easels.  His grandfather, a professional artist and sculptor, developed Michael’s love for drawing in his early childhood.  A three-year-old boy, he could already draw complex multi-figured compositions, illustrating his fantasies and impressions. (continue reading Michael Cheval’s biography below)

For immediate assistance please call us at…

Experts in shipping throughout the United States & Overseas!
Fully insured. Shipping right to your home.

Ocean Blue Galleries are experts in shipping throughout the United States & Overseas!
Fully insured. Shipping right to your home.

In 1980, Michael and his family moved to Germany.  His new setting made a great impression on the young artist.  Museums and castles, ancient streets and wonderful landscapes of southern Germany permanently defined Michael’s tastes and predilections.  Always interested in history and literature, Michael became absorbed in music. He organized a band and devoted a number of years to rock ‘n’ roll.  He composed songs and wrote poetry.

After graduating school and serving in a Soviet Army, Michael moved to Nebit-Dag, a Turkmenistan city in the middle of Kara-Kum desert, near the Iranian border.  Absorbing Oriental philosophy and the character of Central Asia, he began working as an independent professional artist, shaping his style and surrealistic direction.  Michael collaborated with several theaters and publishing houses in Nebit-Dag and Ashgabat.  In 1992, he graduated from Ashgabat school of Fine Art.

In 1990, Michael held his first personal exhibition in Turkmenistan’s National Museum of Fine Art.  This was a significant event for the 24-year-old artist that showed high appreciation from the republic’s artist community.  In 1994, Michael moved to Russia and worked in Moscow as an independent artist and an illustrator for various publishing houses, including the famous book-publishing house “Planeta”. 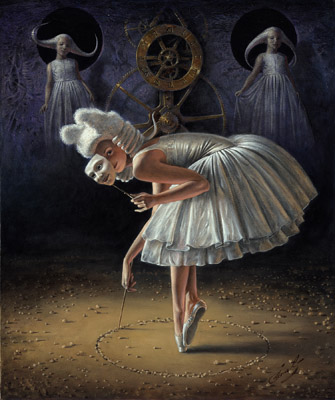 His decision to immigrate in 1997 to USA began a new epoch for the artist.  He returned to the Western culture that greatly inspired him in his youth, but now he brought his own experience, his philosophy and vision.  In 1998, he became a member of the prestigious New York’s National Arts Club, where in 2000 he was distinguished with the Exhibition Committee Award at the annual club exhibition.

Since 1998, Michael regularly exhibits in various New York galleries.  He is a member of Society for Art of Imagination (London, UK) since 2002, and participates in annual European exhibitions held by the Association.

In 2003, Michael was accepted as a participant in the famous “Brave Destiny” exhibition, held in Williamsburg Art and Historical Center in Brooklyn.  Among other participants were such celebrated artists as H. R. Giger and Ernst Fuchs.

In 2006, Michael’s works were accepted by “Feast of Imagination” exposition at H.R. Giger Museum Gallery, Switzerland.

In 2008 – he was accepted as a participant in the “Dreamscape 2009” exhibition in Amsterdam and published in “Dreamscape” book among of 50 Worldwide famous surrealist artists.

In 2009 – Palm Art Award Jury and Art Domain Gallery (Leipzig) certify that Michael Cheval is the winner of the First Prize of “Palm Art Award”.

In 2010 – Michael’s artworks have been published in “Dreamscape 2010” book among of 50 Worldwide famous surrealist artists.

In 2011 the famous actress and artist Gina Lollobrigida commissioned her official portrait to Michael Cheval  – in July 2011 the painting was completed.

In 2012 Princess and Royal Caribbean cruise companies are started exhibiting Cheval’s artworks onboard of their major cruise ships.

In 2016 – Park West Galleries accepted Michael Cheval’s artworks for  more than 120 Cruise ships all over the World. 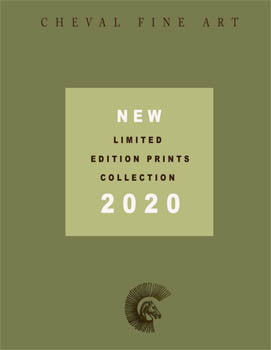 In the Private Collections: